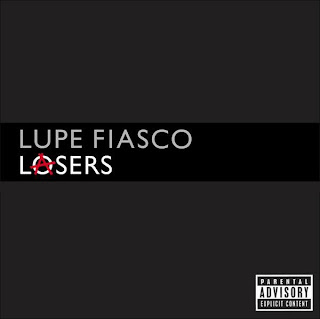 Lupe is one of those artists that literally brings tears to my eyes. He has an amazing ability to capture everything I feel & think in his music and he'll put it out there with so much heart. I've been waiting a long time for this new album and Lasers doesn't disappoint. He goes there, politically, emotionally and doesn't shun in the vulnerability category. Shame on Atlantic for almost dropping him, but good for us that he's come out BLAZING!

"Failure is my last name, never's my first one."
"They said my future was dark, see me now
Just look around, I'm beaming"
Posted by Chameleon Moon at 12:02 PM

Email ThisBlogThis!Share to TwitterShare to FacebookShare to Pinterest
Labels: music